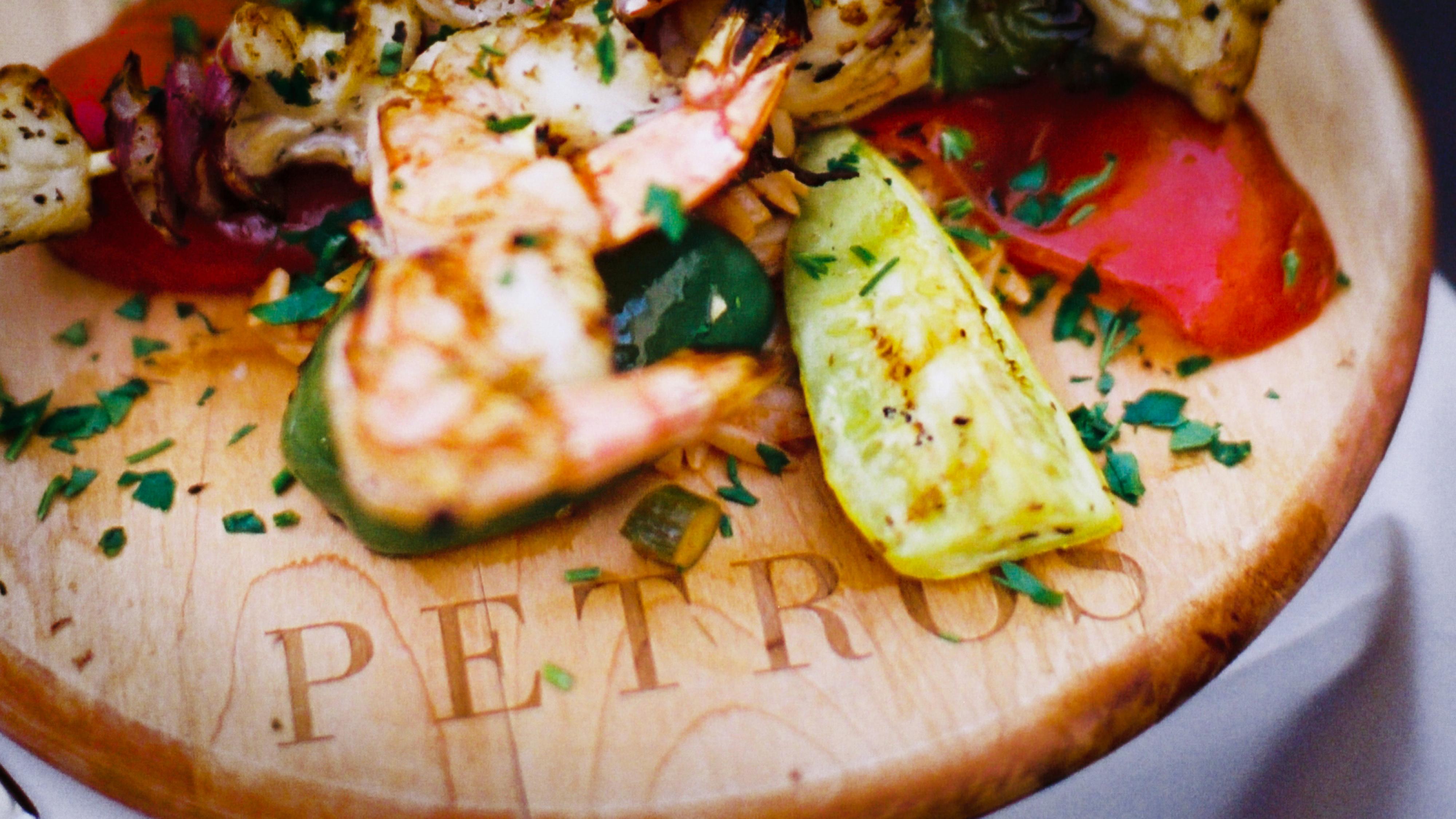 It is Petros’s dedicated, unique and evolving approach that elevates a traditional culinary experience to what he has to offer to you today.  Enjoy!

Petros Benekos’s passion for cooking began in Ioannina, Greece working alongside his talented mother in the kitchen.  She taught him the importance of using supremely fresh, local ingredients to achieve the absolute best flavor profile for scratch made recipes.

After developing his craft in France, Petros made his way to California where he discovered some of the best wine and produce in the world.  With a standard to cook using only the finest ingredients, Petros was inspired to share authentic Hellenic cuisine using the bounty of Southern California with its residents.

Petros’s belief in farm-to-table dining, prompted him to open a farm in the Santa Ynez Valley where he grows top quality vegetables for his restaurants.  Petros wine, OINOS, made right here in Santa Rita Hills and Central Coast vineyards, are some of the best found in California and can be purchased exclusively at Petros restaurants and at the Los Olivos tasting room opening in late 2018.  Petros stays true to his Greek heritage and imports the best family owned products of Greece, including feta cheese, olive oil, honey, olives, oregano and yogurt which he incorporates and shares with his restaurant family.

"Took my family and friends here for a big dinner party. The food is so tasty amazing. We are definitely coming back here next time we're in SB. Great food, great atmosphere, great service, and great location. Highly recommended!!"

Back to the top of the page