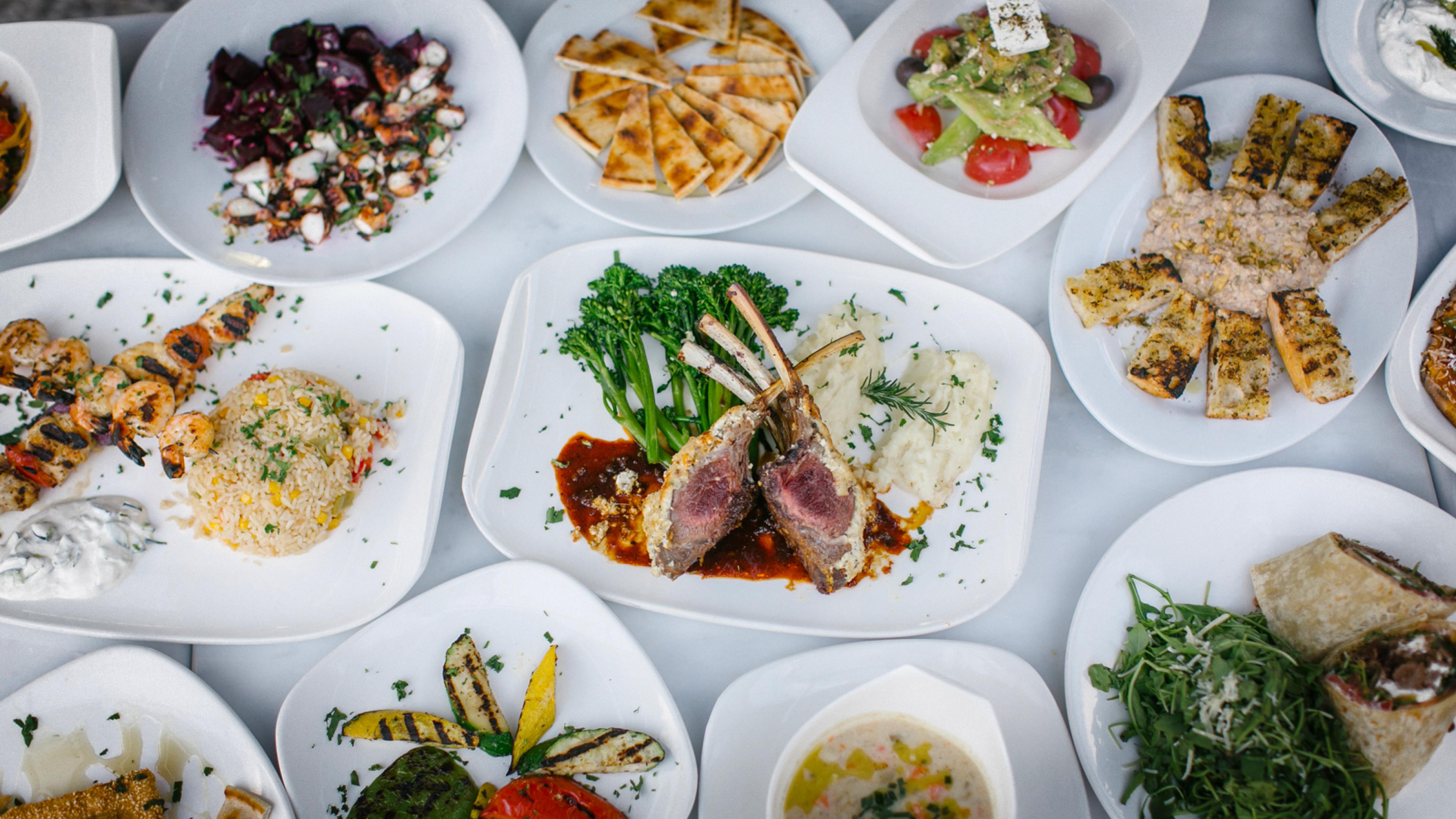 "Petros has inspired me to rummage through my Greek cookbooks, looking up recipes for these and other dishes. If the food at Petros is anything to go by, I can see a trend for Greek food coming on. It’s long overdue." read review
- S. Irene Virbila, LA Times

“GOAT’S milk feta from mountainous Epirus off the Ionian sea. Spanakopita made with fresh spinach, that marvelous feta, and filo dough laboriously rolled out by hand. Greek snapper drizzled with extra virgin olive oil and a squirt of lemon. Thick Greek yogurt scribbled with fragrant honey. Enter Petros…The chef has done time in some of L.A.’s best kitchens and has both technique and soul. And the crowd is the same one you’d find at any upscale California restaurant on this part of the coast — mostly young, affluent and intent on partying the night away.” read review
- S. Irene Virbila, LA Times

"Most Greek food in these parts is a pale imitation of what you find in the Old Country … Petros Benekos has the sophisticated palate that comes from living in a string of European countries [and] devised a menu that even his mother would love.”
- Andrea Rademan, Venice Magazine

"A native of Athens, owner Petros Benekos has thankfully avoided the kitschy, Americanized notion of Greek food and has instead crafted an aesthetic of Greek cuisine that artfully blends the traditional with California-friendly touches.”
- Bonnie Graves, Luxury Life & Style

"I expected a pleasant restaurant with staples of Greek food and a leader who, between running a clothing company, operating two restaurants and opening a third, was comfortably hands-off … But what I found was a man passionate about his work and a restaurant that spurned the title of Greek food in favor of something better descriptive of the land on which Benekos grew up.”
- Isaiah Brookshire, Staff Writer, SYV Journal

"This lively, casual destination – with easy parking – has a loose vibe paired with terrific bartenders and really tasty food. This feels like the Petros incarnation that will go wide. There should be one on every street corner.”
- Merrill Shindler, Daily Breeze / July 30, 2014

"The words “great” and “Petros” linked up and spread like wildfire. And for good reason.”
- Andrea Rademan, Venice Magazine

"When the owners of Hellenic – California Cuisine and Ragin’ Cajun Cafe need an authenticity check in the kitchen they know who to call — they call mom.”
- Richard Foss, Easy Reader / March 20, 2008

Back to the top of the page